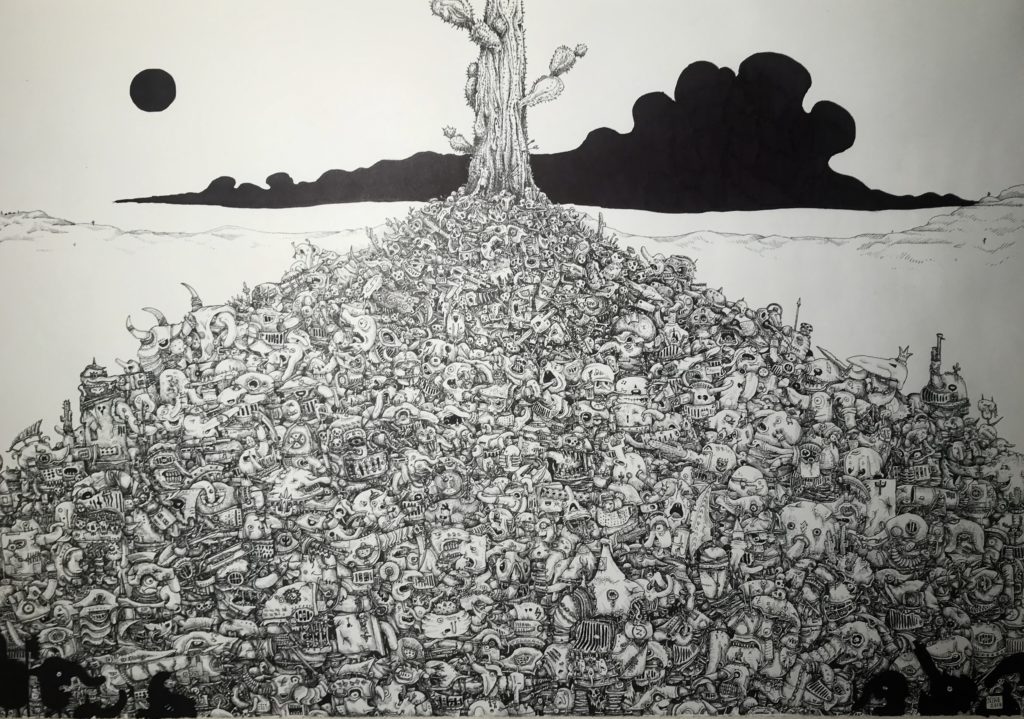 The Battle of the Small Green Cactus is an illustration executed using 0.05mm fineliners on an A2 surface. It depicts the perennial conflict waged amongst the terminally brainless race of yanshes over a once-miniscule cactus, which, nourished by the blood of the fallen, now towers high into the heavens. This is an important event in Kristic’s paracosm of Beegadaria, a darkly absurd imaginative exercise. The war is entirely without purpose, and he attempts to capture this exaggerated sense of abject chaos through a grotesque excess of detail which at once invites and repulses inspection.

NIKO KRISTIC is a first year English student at St. Catharine’s College, Cambridge. He likes doodling and finding allusions to Virgil’s Aeneid in every shadow.